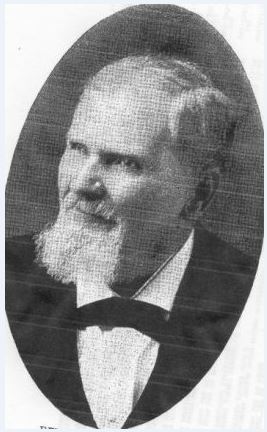 A Jacksonville, Ga. Preacher’s father saved the town of Sandersville, Ga. During the Civil War, General William T. Sherman fully intended to burn the city to the ground for wrongs against his army. However, the Rev. J. D. Anthony, the “Bishop of the Wiregrass,” asked him to spare the town. Sherman accepted his plea and because of something the preacher had done, spared the town. The colorful son, Rev. Bascom Anthony, would later preach at Jacksonville, Ga.

When I was at Valdosta State College about forty something years ago, one of my friends from Davisboro, Ga., John Moye, told me an interesting legend about his part of the country. A story passed on to him said that when Yankee General Sherman came through looting and burning, clergymen would go out and beg Sherman to spare their respective town. My friend said the preacher at Davisboro told Sherman to “go to Hell.” That would be a sure way to get your town burned to the ground but some sources reported the existence of only a rail station at Davisboro, Ga., at the time. The Rebels, if they had time, had probably destroyed the station and all the track to try to slow the Yankees on their way to Savannah. However, if he irate preacher did give Sherman that sassy little greeting, I imagine that anything of value in sight soon disappeared in flame.

I had no similar story to tell about Jacksonville, Ga., but at war’s end Yankees were all around the Ocmulgee River town but they were more interested in catching Jefferson Davis and John C. Breckinridge than in burning stuff. In fact, fire would have been counterproductive to their greedy aims. The smoke would have made a perfect screen for the escape of those two gentlemen and that would have been bad for the  Yankees because there was a $100,000 reward on the head of Davis and a $40,000 prize for catching Breckingridge. For that chore they wanted the air “all clear.” But that story is in other articles.

What interested me though was the fact that at Sandersville, Ga., near Davisboro, and in the same county, a preacher did go out and ask Sherman to spare their town. The preacher with this difficult task was none other than the Rev. J. D. Anthony, famed Methodist clergyman, whose son, also a prominent preacher, Rev. Dr. Bascom Anthony was later a Methodist pastor at Jacksonville, Ga.

Bro. J. D. Anthony did not claim to be brave or reckless in volunteering for the chore of facing Sherman. He said it was simply because he was the only preacher left in town as he had to remain at the side of his sick wife who was in very critical physical shape. He also had ot take care of his children.

Now, convincing Sherman not to burn the town would have been a colossal feat even with the best of circumstances. It was Sherman’s nature to burn things. He like to set things afire. But in this case, the worst set of circumstances existed. After burning the penitentiary and some other buildings in Milledgeville, part of Sherman’s army had to split off and some of them were intercepted and captured by Fighting Joe Wheeler’s Confederate men near Sandersville.

Wheeler brought twelve prisoners into town and deposited them at an improvised barrack in a store for safekeeping and posted sentries. But some of the local rowdies broke into the jail and, overpowering the guards, took the prisoners out in a field and shot them. The thirteenth prisoner, a wounded lieutenant had been carried to the home of Rev. J. D. Anthony, the local Methodist preacher.

To make matters worse the local citizenry feared the wrath of the oncoming Sherman and buried the bodies of the shot men (and probably tried to conceal the burial place). To add to this, Wheeler’s cavalry, the next morning, skirmished with Sherman’s army by taking potshots at them from the courthouse. Rev. Anthony indeed had his work cut out for him.

But something Rev. Anthony had done probably was the thing that saved the town. One of the Confederate officers told Anthony that the wounded lieutenant in his care would be taken out to a field and shot. Anthony pled for the life of the young officer and he was spared.

Word spread quickly of this deed of compassion and Federal officers encouraged the Southern preacher to meet Sherman and ask that the town be spared. They knew it was in the plans of Sherman to burn everything threw because the general with a pocketful of matches was incensed at the killing of the prisoners and his men being fired upon in the skirmish.

The meeting of the two men was arranged and at the appointed time Rev. Anthony was escorted to a place near General Sherman’s tent. The generals there with Sherman were Logan and Davis. Ironically this Yankee Davis was also named Jefferson Davis. Apparently he was not a very nice fellow as he had already killed his commanding officer, Gen. Bull Nelson. Surprisingly, he was allowed to stay in the army after shooting Nelson. Now, accompanying Sherman, he was enjoying burning what remained of Georgia.

Sherman approached Anthony and the two exchanged stares. Sherman told him he indeed intended to burn the whole town, houses and all, because the citizens had killed the federal prisoners and citizens had subsequently fired upon his men in skirmish. But Sherman probably hoped for a successful argument on the part of Anthony because the kindly parson had saved the life of Yankee Lt. Deason. Sherman was not one to overlook such acts of kindness, especially in a destroyed South not inclined to such.

The plea of Anthony was good and acceptable. He told Sherman that Confederate vagabonds had been responsible for the deaths of the prisoners and that Wheeler’s cavalry, in an act of war, had been the skirmishers to the previous day. He convinced the general that the town only had about five men, himself and three old men included, and the women and children present, and that the sum total couldn’t do much harm to anyone. Sherman believed him but chastised him and other ministers for not trying to bring the war to an earlier end. Anthony responded that the ministers had tried to preach the gospel of Jesus Chris to all the people and that the politicians had guided the chariots of war.

At sunrise General Sherman kept his promise and did not burn the houses but he burned the elegant courthouse nd some of the other buildings in town, including the jail. He at least had to keep his reputation intact.

But the “Bishop of the Wiregrass” had now become “The Savior of Sandersville.” Not only would he be known as the Methodist minister who converted some thirty thousand South Georgia souls to the way of Christianity but he would be known as the man who, by the grace of God, met with General William Tecumseh Sherman and persuaded him not to burn the houses of Sandersville, Ga.

The going was going to be rough enough without a burnout. The Yankee solders had taken nearly all the food. But, with a leader like J. D. Anthony, Sandersville lived to see another day.

Life was rough for the Anthony’s but a son was learning from these experiences and one day in the future, Jacksonville, Ga. , would welcome to its Methodist charge the Rev.  Bascom Anthony, son of the “savior of Sandersville.” He was quite a character and we will talk more of him later.