This story is not about Jacksonville, Ga., but is about a person from another little place in Telfair County—Towns, Georgia.

Towns, Georgia,  is probably not one of the better known communities in the state. Like many little hamlets there is not much there now as there once was. In fact, we are still looking for a picture of Towns School. Nobody seems to have one. Towns is located between McRae and Lumber City. But Towns, Ga., was the home of one of Georgia’s most highly decorated war heroes—Major General James E. Livingston. The Medal of Honor is hard to come by. 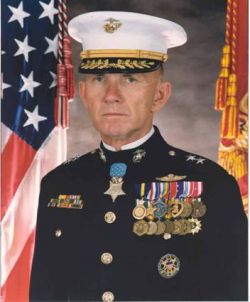 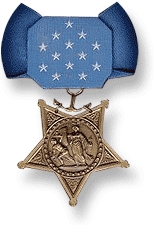 Anyone traveling along that stretch of Highway 341, now named for General Livingston, quite a few years ago would have seen Livingston’s Fruit stand by the side of the road. If they saw a lean muscular boy there unloading watermelons, they could have been looking at a future war hero.

James Livingston, like other Towns, Ga. Boys before him, was destined to do battle with the enemies of his country. Some of us  were at the McRae Library the other day and for some reason the old World War II flying school at the Douglas Airport was mentioned. One of the fellows at the library said he remembered when one of the cadets, from Towns, Ga. Took his plane on a little side trip back to the family farm at Towns and came down so close for a “howdy-do” he about knocked the tops of the corn in his daddy’s field. Seems the Towns boys had a lot of nerve.

After graduating from high school in nearby Lumber City, Ga., in 1957, James enrolled at Auburn University. Upon graduation he was commissioned as a second lieutenant in the Marine Corps. His life would never be the same after that.

After being promoted to captain and serving as the commanding officer of the Marine unit on the aircraft carrier WASP, Capt. Livingston joined other Marines in 1968 in the jungles and rice paddies of Viet Nam. The Towns, Ga. Native had a lot of leadership and a lot of fight in him. Because of his bravery and unselfish devotion to the well-being of his men he was awarded the country’s highest medal of war:  The Congressional Medal of Honor.

His citation reads: “For conspicuous gallantry and intrepidity at the risk of his life above and beyond the call of duty while serving as Commanding Officer, Company E, in action against enemy forces, Company E launched a determined assault on the heavily fortified village of Dai Do, which had been seized by the enemy on the preceding evening isolating a marine company from the remainder of the battalion. Skillfully employing screening agents, Capt. Livingston maneuvered his men to assault positions across 500 meters of dangerous open rice paddy while under intense enemy fire. Ignoring hostile rounds impacting near him, he fearlessly led his men in a savage assault against enemy replacements within the village. While adjusting supporting arms fire, Capt. Livingston moved to the points of heaviest resistance, shouting words of encouragement to his marines, directing their fire, and spurring the dwindling momentum of the attack on repeated occasions. Although twice painfully wounded by grenade fragments, he refused medical treatment and courageously led his men to the destruction of over 100 mutually supporting bunkers, driving the remaining enemy from their positions, and relieving the pressure on the stranded marine company. As the 2 companies consolidated positions and evacuated casualties, a third company passed through the friendly lines launching an assault on the adjacent village of Dinh To, only to be halted by a furious counterattack of an enemy battalion. Swiftly assessing the situation and disregarding the heavy volume of enemy fire, Capt. Livingston boldly maneuvered the remaining effective men of his company forward, joined forces with the heavily engaged marines, and halted the enemy’s counterattack. Wounded a third time and unable to walk, he steadfastly remained in the dangerously exposed area, deploying his men to more tenable positions and supervising the evacuation of casualties. Only when assured o fthe safety of his men did he allow himself to be evacuated. Capt. Livingston’s gallant actions uphold the highest traditions of thre Marine Corps and the U.S. Naval Service. Signed—Richard M. Nixon.

Captain James E. Livingston that day became more than a hero to those who knew him and those who didn’t. He became an example of excellence.

We all need to take a lesson or two from James E. Livingston of Towns, Ga. Integrity and perseverance and courage  and example of excellence are not just words. They were proven that day a Dai Do, Viet Nam. They are real concepts which can be transferred to the field of play, the lesson in the classroom, the performance at the cash register or assembly line or working in the halls of government.

They are essentials of our American way of life and James E. Livingston was trying very hard that day to see that those sacred principles survive. Survive—not only the test of time but the test of challenge. Not only survive but flourish and dominate.

As we look back at the actions of James E. Livingston and later at those of that awful awakening of “9-11” – let us not forget the pattern and makeup of a hero.

“The idea of leading by example is alien to many in our society today, but it is central to who we are,” Livingston said. “The point is, when all eyes are on you, and all eyes will always be on you, your example will be the true measure of your leadership.”

And folks, that will work anywhere you apply it. We increase our worth to ourselves and to others by doing our best and being devoted to the task at hand and the well-being of those around us. It brings out the “hero” in those who live up to that standard.

God chooses obscure places from which to raise His heroes and He sure did a good job of it when He chose the lean muscular boy from Towns, Ga., in Telfair County.

General Livingston provided personal articles to the Telfair Museum of History. The museum is located in the Old Depot in what was Helena, Georgia. The Pioneer Historical Society is appreciative of General Livingston’s contribution. 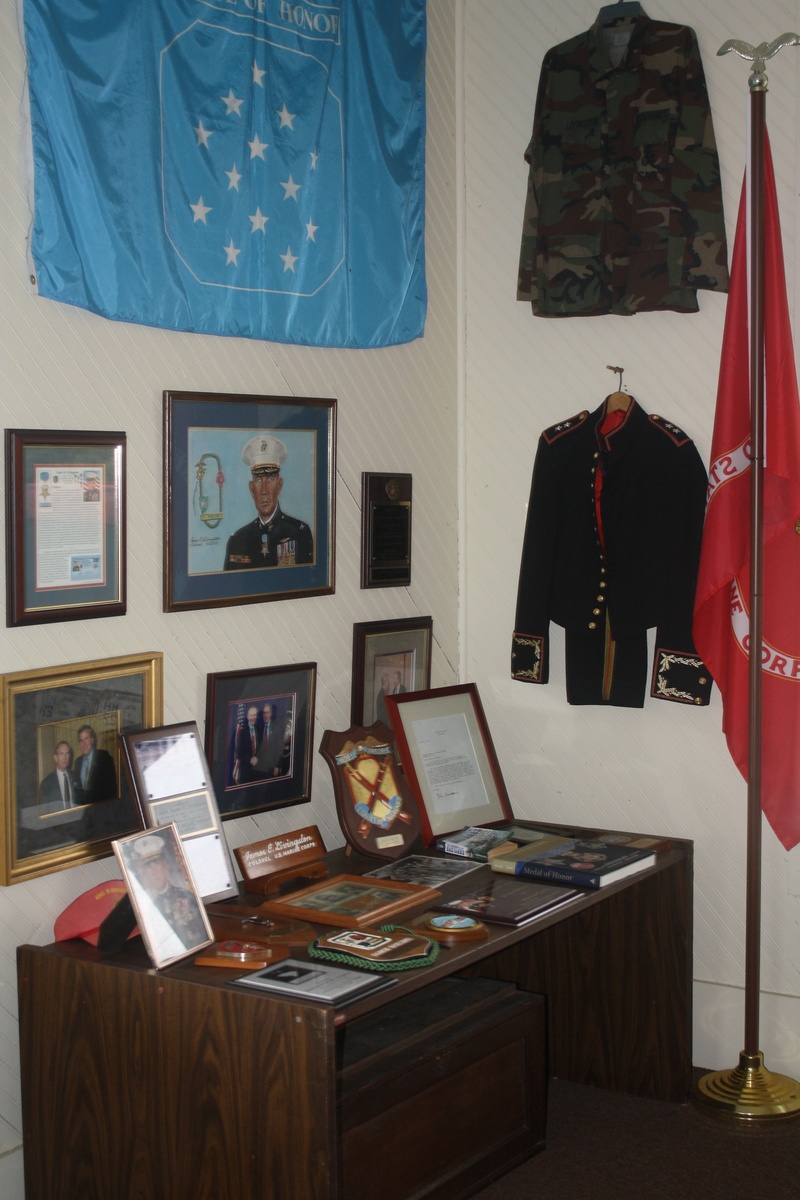